Craig Donatelli: In a life of achievement, the destructive power of a word. (Mark Mulville/Buffalo News)

Sean Kirst: For athlete with Down syndrome, power of a life trumps cruelty of a word

It wasn’t really worry. That would be too strong a word for what Sheila O’Brien was feeling Saturday regarding Craig Donatelli, who was about to take part in SABAH’s annual Celebration on Ice at KeyBank Center.

She knows him too well. She knows nothing keeps him down.

She just wishes that a young man of such accomplishment never had to endure cruelty.

O’Brien is executive director of SABAH, which focuses on sports and fitness for Western New Yorkers with special needs. Saturday’s event brought together 700 skaters of all ages from throughout the region.

On the best-known rink in this part of the state, home to the Buffalo Sabres, the SABAH skaters performed routines they’ve practiced for months and were joined by 400 volunteers, who provided assistance when needed.

O’Brien has always known Donatelli, 27, as « Hollywood. » He is a regular, every year, in the SABAH event. Born with Down syndrome, he shares a house in Amherst with six close friends, all of whom skated Saturday, a group he refers to with humor as « the Justice League. »

He is impossibly busy and relentlessly selfless. If he had his way, this column would include the name of everyone he considers a friend, which is basically the equivalent of the old Buffalo phone book.

All of that explains why O’Brien was so stunned a few weeks ago when Donatelli showed up at the Riverside skating rink, visibly distraught.

He told her a story that reflects the searing power of a word. 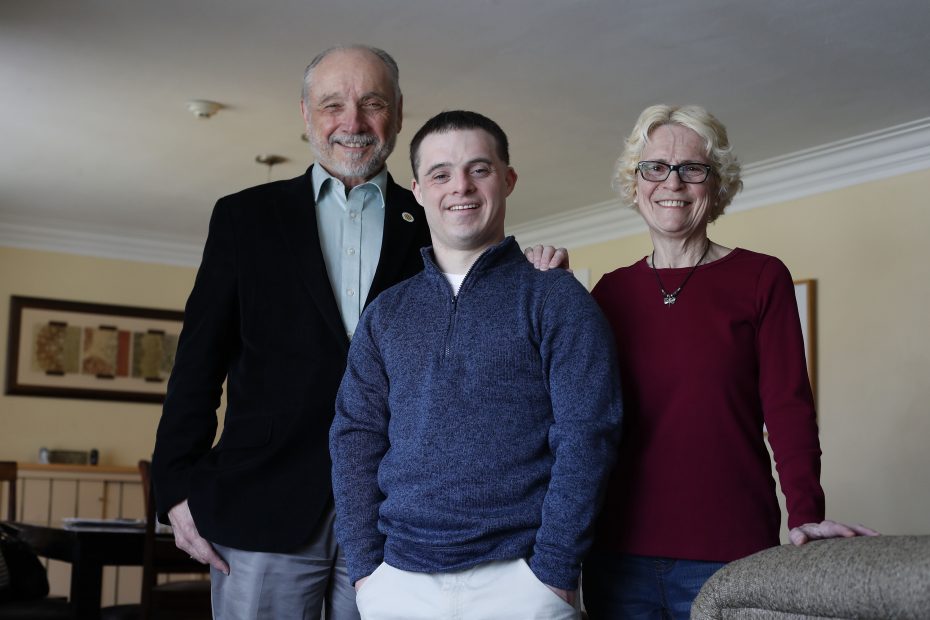 Donatelli works at a Denny’s restaurant on Maple Road, not far from his home, where his job is busing tables. One day, he was carrying some trash to an outdoor bin when a couple of young men in the parking lot – Donatelli guesses they were teenagers – turned to him and started laughing.

They mocked him. They told him he was too slow.

The word itself is bad enough. What made it worse was the utter contempt when they said it.

Donatelli, shaken, called his parents that night to share the story.  Max and Joyce Donatelli and their daughter Connie have always been his greatest advocates.

O’Brien could see the wounded sorrow in Donatelli’s face the next time he showed up to rehearse for the ice show.

This is a guy who is usually beaming, a guy whose « Hollywood » nickname comes from his big grin and his love for wearing shades. But he is also a guy who can’t stand anger or conflict, a guy whose mother said he would leave the room as a child if he felt even a trace of friction or irritation in the air. 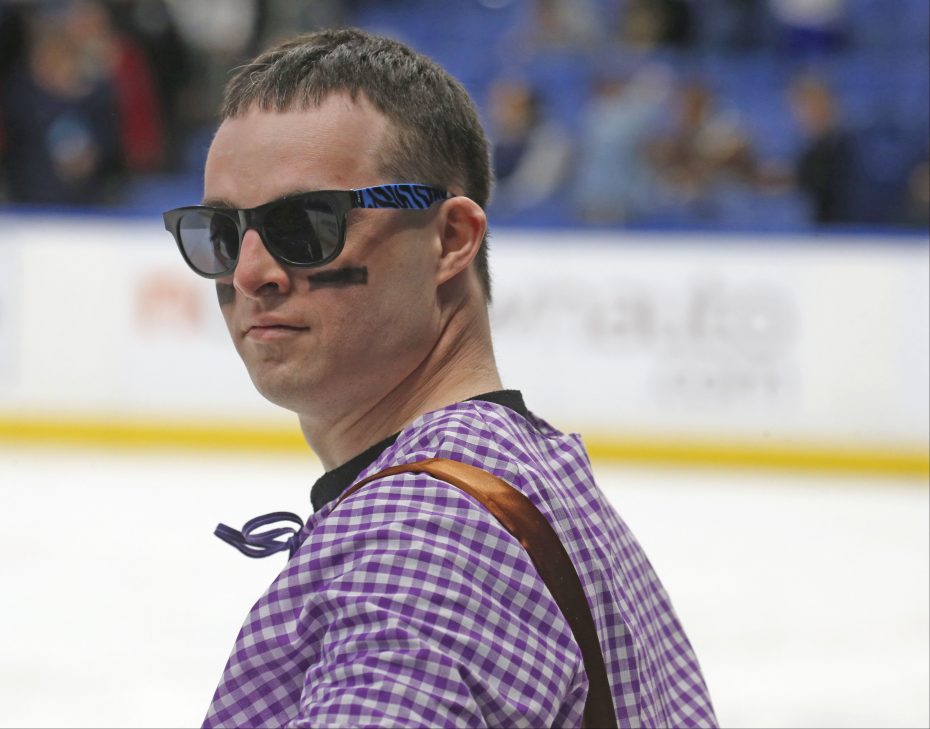 Craig « Hollywood » Donatelli wears his trademark shades as he gets ready to take the ice at the 2018 Celebration on Ice at KeyBank Center on Saturday. (Robert Kirkham/Buffalo News)

« They call him ‘the peacemaker,' » Joyce Donatelli said of her son, who has been involved locally in the effort to educate people about the word used to hurt him in the parking lot, the campaign against what Craig Donatelli and many others call the « R-word. »

Maybe those who use it might think twice if they knew how Dr. Luther Robinson carried Donatelli, as a newborn, into a hospital room where his parents were waiting, then offered a prophecy that came true:

He told them they had a beautiful son who was going to skate and swim and ride a bike and do what every other child does. He told them Craig would be a blessing in their lives, and the Donatellis took that as a promise and made their own commitment.

They raised a son, a graduate of Frontier High School, who is an athlete and a mentor and a public speaker. They raised a passionate Bills and Sabres fan who’ll tell you about the day he shook the hand of quarterback Jim Kelly at Cradle Beach – and who now speaks with concern for Kelly, as the football Hall of Famer again goes through treatment for cancer.