Note: In the UK, the term of ‘Learning disability’ is used instead of ‘Intellectual disability’.

The Guinness Book of Records announced this week that an orchestra made up of people with a learning disability has broken the Guinness World Record for the largest ever triangle ensemble.

Last year, over 150 musicians with a learning disability led a record-breaking performance during a charity concert at the London Palladium.

In an orchestra made up of both performers and audience members, 1521 people came together to play a triangle concerto, accompanied by a trumpet and a trombone.

The musicians had all been practising for almost a year for the performance; learning how to read music, perform as an orchestra and of course, mastering the triangle.

Sam Marsh, who has a learning disability and performed as part of the triangle orchestra, said: “I was so excited to perform again at the London Palladium and to break a world record! I loved singing and playing to all those people. It made me feel so happy.”

Chief Executive Jan Tregelles said: “This record and the Lord Rix memorial event has proven just how much untapped talent lies in the learning disability community and the huge impact utilising this creativity could have in the worlds of music, dance and drama.” 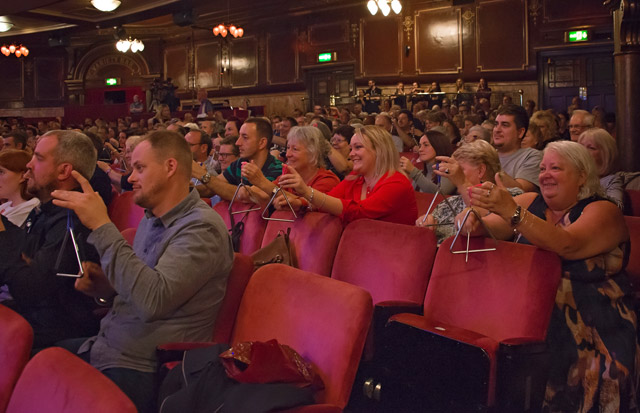 The triangle concerto was composed by the founder and Director of Music Man Project UK David Stanley, for an event that commemorated the life of late actor, campaigner and Mencap President, Lord Brian Rix.