The Sexual Assault Epidemic No One Talks About

Heard on All Things Considered

Pauline wants to tell her story — about that night in the basement, about the boys and about the abuse she wanted to stop.

But she’s nervous. « Take a deep breath, » she says out loud to herself. She takes a deep and audible breath. And then she tells the story of what happened on the night that turned her life upside down.

Pauline sits after practice for a Christmas show with fellow group members of a day program at the Arc Northeastern Pennsylvania. Pauline, who has intellectual disabilities, has been with the Arc program since 2014, after an emergency removal from her previous caretaker’s home by Adult Protective Services when she was sexually assaulted.
Michelle Gustafson for NPR

Pauline is a woman with an intellectual disability. At a time when more women are speaking up about sexual assault — and naming the men who assault or harass them — Pauline, too, wants her story told.

Her story, NPR found in a yearlong investigation, is a common one for people with intellectual disabilities.

NPR obtained unpublished Justice Department data on sex crimes. The results show that people with intellectual disabilities — women and men — are the victims of sexual assaults at rates more than seven times those for people without disabilities.

At a moment of reckoning in the United States about sexual harassment and sexual assault, a yearlong NPR investigation finds that there is little recognition of a group of Americans that is one of the most at risk: people with intellectual disabilities.

It’s one of the highest rates of sexual assault of any group in America, and it’s hardly talked about at all.

Pauline was part of that silent population. But she says she decided to speak publicly about what happened to her because she wants to « help other women. »

NPR’s investigation found that people with intellectual disabilities are at heightened risk during all parts of their day. They are more likely than others to be assaulted by someone they know. The assaults, often repeat assaults, happen in places where they are supposed to be protected and safe, often by a person they have been taught to trust and rely upon.

Pauline is 46, with a quick smile and an easy laugh. (NPR uses rape survivors’ first name, unless they prefer their full name be used.) She has red hair and stylish, coppery-orange glasses.

In February 2016, Pauline was living with her longtime caretaker and that woman’s extended family. 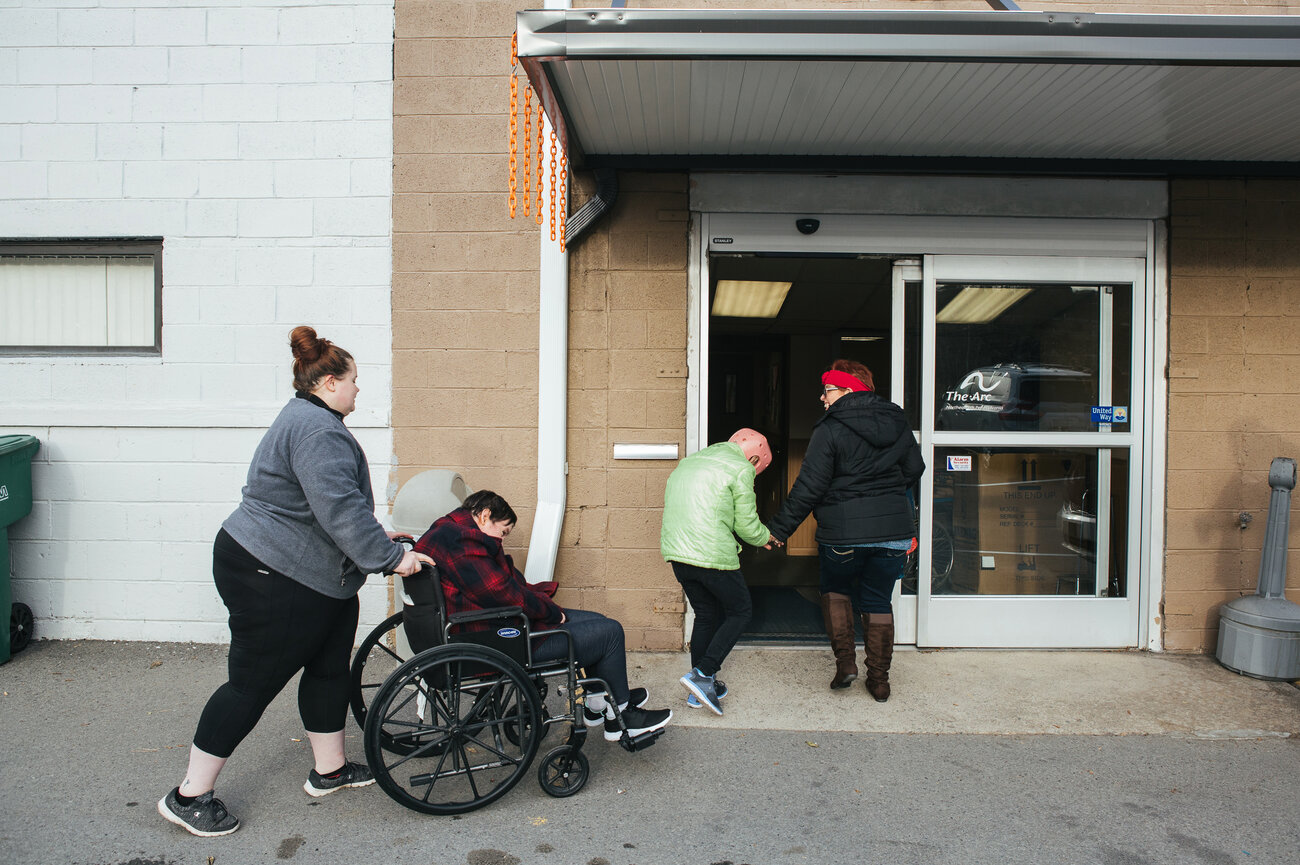 On the night of Feb. 20, she was in the basement of the family’s second home, in Pennsylvania. According to the police criminal complaint, Pauline was raped by two boys who were part of the family.

She told them repeatedly to stop. They warned her not to tell.

At a conference in a large ballroom, Leigh Ann Davis asked the audience in front of her a question: How many of them had dealt with sexual assault or sexual harassment in their lives? Davis was referencing the #MeToo campaign on social media. Almost every woman — about 30 of them — raised her hand.

Davis runs criminal justice programs for The Arc, a national advocacy group for the 4.7 million people with intellectual disabilities, their families and the professionals who work with them. This was at the group’s convention in November in San Diego. The room was filled with professionals and parents as well as people with intellectual disabilities themselves.

Then Davis posed a second question: How many in the audience knew someone with an intellectual disability who had been the victim of sexual harassment or assault? Only two hands went up. 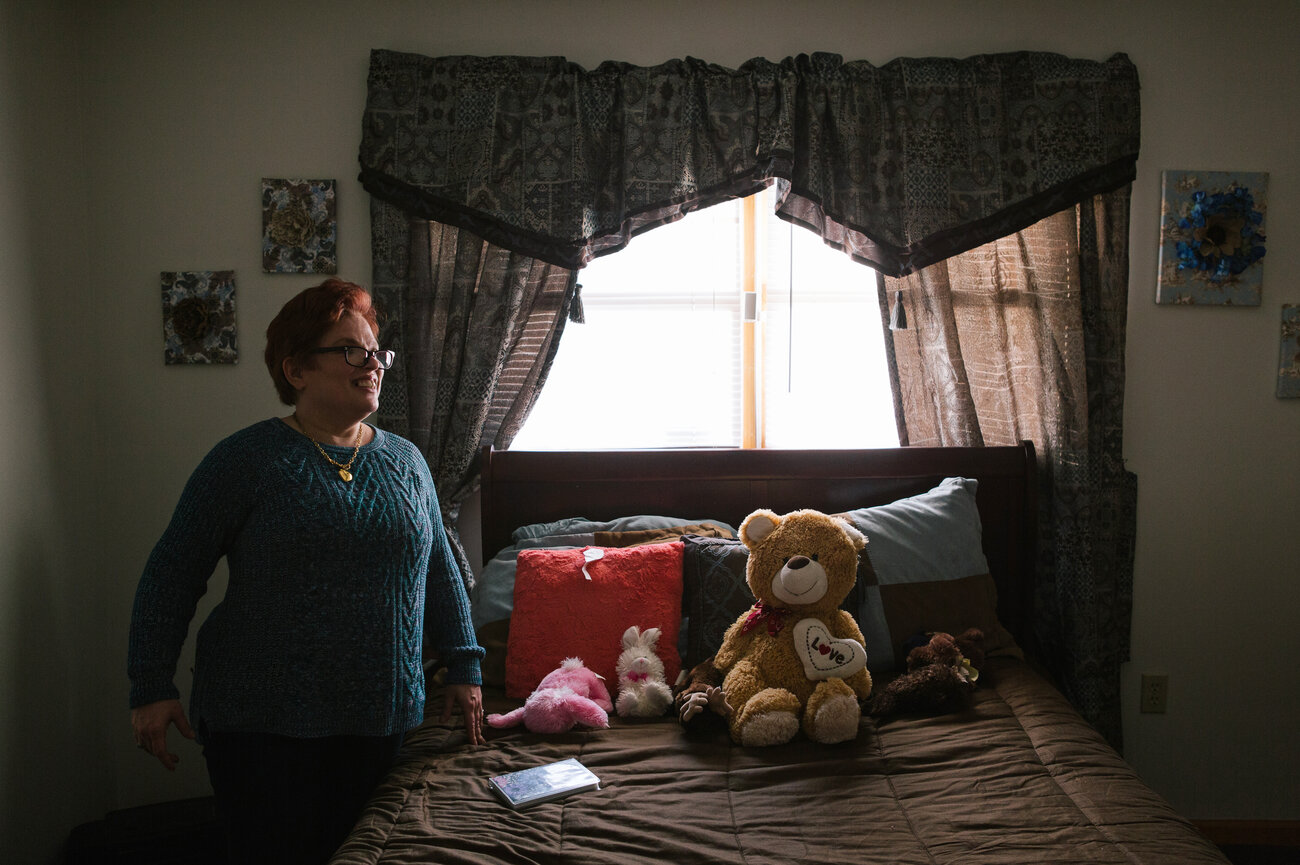 Pauline stands in her room after coming home from a day program for adults with intellectual disabilities. Michelle Gustafson for NPR

« What does that say about where we are as a society? » Davis asked. « Where people with intellectual disabilities are more likely to be victimized, but we don’t see more hands being raised. »

Davis focuses on the issue of sexual violence. She is familiar with the high number of rape reports among people with intellectual disabilities.

« It means people with disabilities still don’t feel safe enough to talk abut what’s going on in their lives, » she said. « Or we haven’t given them the foundation to do that. … That there are not enough places to go where they’ll feel they’ll be believed. »