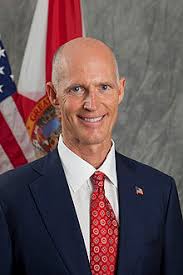 TALLAHASSEE — Brittany Norman, a 25-year-old Tallahassee woman with Down syndrome, had a message for Gov. Rick Scott on Tuesday: “Sign the bill.”

Norman was referring to SB 142, which replaces the words “mental retardation” with “intellectual disability” in state statute. Norman was in the House gallery when the bill passed 119-0 Tuesday. The bill already passed the Senate, so it now heads to Scott.

Norman said she hopes changing the words in state law will help change the names people call her. She wiped away tears as she recalled being called “retard” and “ugly.”

Norman was one of several people with disabilities who spoke in legislative committees to support the bill. Seeing people support her efforts made her feel “happy,” Norman said.

Michelle Poole, president of The Arc of Florida said the terms used in federal health, education and labor policy statutes were changed in 2010. Thirty-nine other states have made similar changes to their state laws.

“We launched the ‘End the R-word’ in Florida campaign after so many people we serve asked for a change,” Poole said.

The Arc changed its own name. Formerly the Association for Retarded Citizens, the group is now just The Arc, not an acronym.

This is the third year that Sen. Thad Altman, R-Melbourne, has tried to get the proposal passed. The House bill was sponsored by Rep. Janet Adkins, R-Fernandina Beach.

“Thank you Sen. Altman, Rep. Adkins and the entire Legislature,” Norman said after the vote. “You are my heroes.”